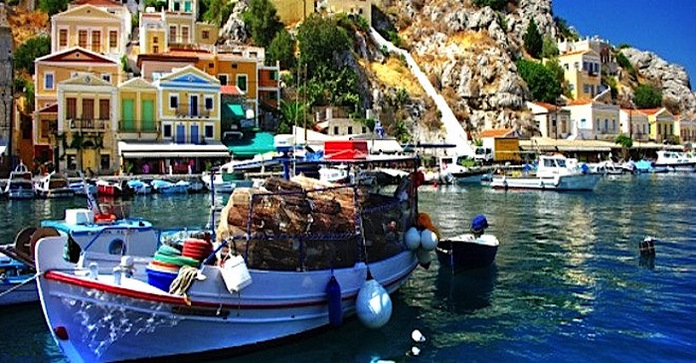 To find the etymology behind the names of Greek islands, one should take into account a number of factors such as spelling, grammar, ancient Greek mythology, and the geomorphology of each place.

In fact, during ancient times, the names of places were used as a way of recording geological turbulence. The etymology of the Greek islands’ names is not unique and is quite similar in several names. 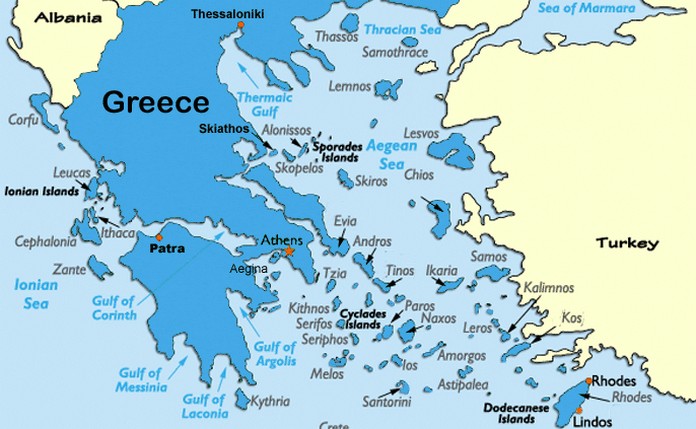 Cephalonia: The island got its name from the hero Cephalus, the island’s first ruler, an Athenian leader, and son of Dionysus. Cephalus was exiled from Athens for committing murder and settled on the island. Chios: acquired its name from Chioni (snow), daughter of Poseidon. When she was born on the island, it was snowing, therefore the island was named Chios. The island used to be a desert. After the snowfall, the land became fertile.

Samos: The name is derived from the Mycenae word “Sami” or “Samos” which means hill near the coast. The geomorphology of Samos confirms its name since the island has many mountains and hills.

Lefkada: Homer named this Greek island from the Greek word “Lefkas” because the soil used to be white.

Sifnos: The island was named after Greek hero Sifnos, son of the hero Sounion and was the island’s first inhabitant.

Paxos: The name derives from the word passion (“pathos” in Greek). Poseidon, who had fallen madly in love with the nymph Amphitrite, could only make her love him if he gave her a part of the land that was her own. So he lifted his secular trident, cut a piece of Corfu, which moved a bit further south and gave it to the nymph.

Aegina: The island is located near Athens and owes its name to Greek mythology and more specifically to the daughter of ancient Greek god Asopus, named Aegina. According to the legend, Zeus fell in love with the girl and took her to the island, which used to be named Oenone but was later given the girl’s name.

Alonissos: The name derives from the ancient Greek word “als” (sea) and the word “nisi” (island). It literally means an island in the middle of the sea. Even though Alonissos used to be named Ikos in ancient times, it was renamed in 1838.

Amorgos: The island’s name derives from a plant called amorgi that was used by ancient Greeks to make flax, transparent linen. Therefore, garments from Amorgos were very popular in ancient Greece. Zakynthos: The name comes from Zakynthos, son of King Dardanos of Troy. When the Trojan expedition ended, Zakynthos and his people fled from Troy and lived on the island.

Milos: It was named after Greek hero Milos, who was the island’s first inhabitant. When Milos went hunting in Cyprus, he met and befriended Adonis. When Adonis died, Milos committed suicide under a tree.

Naxos: In ancient times, the island was named Dia, after the great ancient Greek god Zeus (“Dias” in Greek) because it was the largest island in the Cyclades. It was renamed when Naxos, son of Endymion, settled on the island.

Skiathos: The name derives from the word “skia” (shade). Due to the large number of trees, the island is very shady. However, others believe that is was given the name because it is located in the shade of Mount Athos.

Crete: Its name means mighty, strong, powerful. Crete was one of the largest marine forces to ever exist. Its first guardians were names Curetes.

10 Colorful Places to Visit in Greece

Top 10 Most Romantic Places in the World